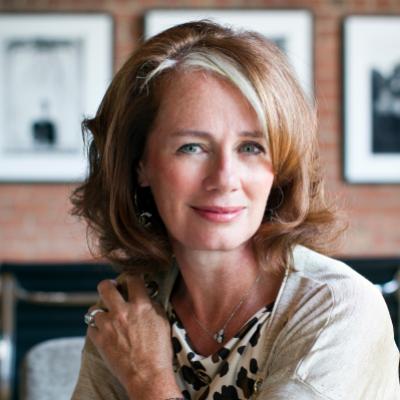 Smart Prosperity is Canada's chance to do the right thing, for all the right reasons.

Arlene Dickinson is one of Canada’s most renowned independent marketing communications entrepreneurs. As CEO of Venture Communications, her creative and strategic approach has turned the company into a powerhouse with a blue chip client list. She is also the CEO of YouInc.com, a company she founded in 2012 that is dedicated to serving and investing in entrepreneurs and the entrepreneurial lifestyle.

Dickinson is best known to Canadians as one of the venture capitalists on the award-winning CBC series Dragons’ Den, The Big Decision and marketing expert on Recipe to Riches. She is the author of two books, the number one bestselling book, Persuasion and her most recent best-selling release, All In.

Her success and leadership has been recognized with multiple honours and awards including: Canada’s Most Powerful Women Top 100, the Pinnacle Award for Entrepreneurial Excellence, as well as PROFIT and Chatelaine’s TOP 100 Women Business Owners.

A generous philanthropist, supporter of many important causes and mother of four and grandmother of five, Dickinson is proud to be the national spokesperson for The Breakfast Clubs of Canada since 2010.

Dickinson is an Honorary Captain of the Royal Canadian Navy and is the recipient of honorary degrees from Mount Saint Vincent University, Saint Mary’s University and the Northern Alberta Institute of Technology. She sits on the Leadership Council of the Perimeter Institute for Theoretical Physics and is the proud recipient of The Queen Elizabeth II Diamond Jubilee Medal.